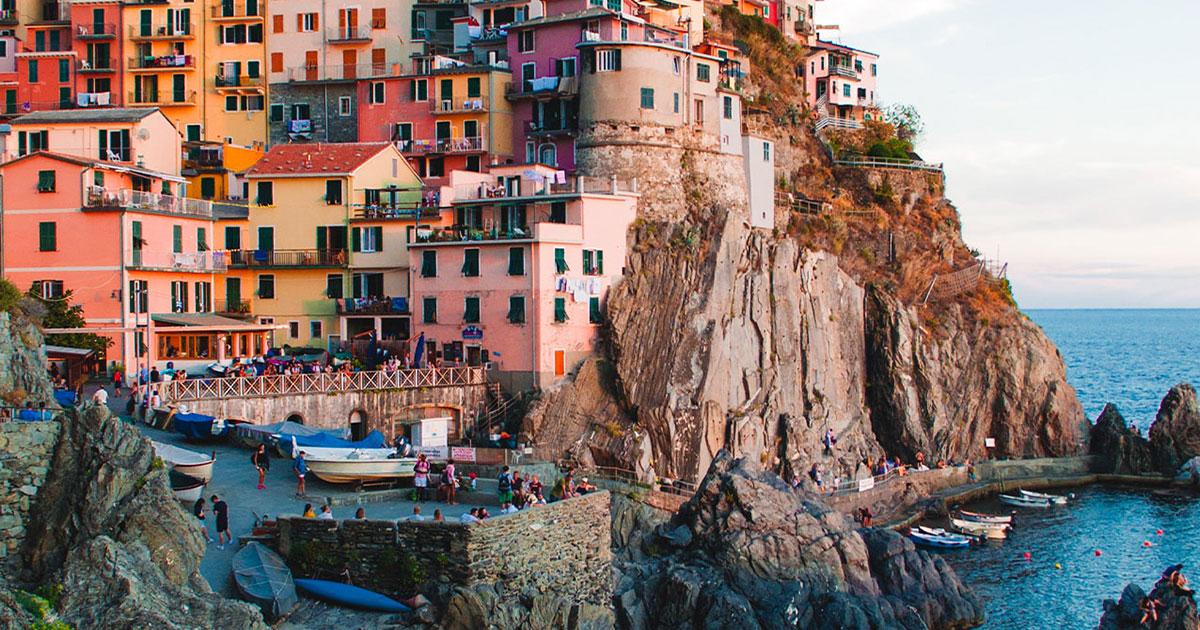 The news is getting brighter. Our nation has nearly clawed its way out of another COVID outbreak, and our government has agreed on a roadmap to end lockdowns once enough of us are vaccinated. We’ll catch a glimpse of what this might look like by checking in with Aussies living in Europe, many of whom are currently vacationing across the continent. We’ll also reminisce on some of the biggest travel thrills - like that sweet moment of relief when you spy your suitcase on the carousel and realise you won’t have to wear the same pair of undies for days. It’s the little things, huh?

New Zealand’s travel bubble reopens with most of Australia

If you had flights across the ditch booked before Australia’s latest COVID outbreak, you might be able to breathe a sigh of relief

If you had flights across the ditch booked before Australia’s latest COVID outbreak, you might be able to breathe a sigh of relief — if you live in certain states and territories, that is. Earlier this week, New Zealand restarted its travel bubble with Victoria, South Australia, the ACT and Tasmania. Travel from the Northern Territory and Western Australia will resume at 11:59pm tonight, but the travel pause with New South Wales and Queensland will remain for a while longer.

Vaccinated Aussies are Eurotripping as we speak 😱

“I even got a bit teary going through security at the airport, and queuing, as life suddenly felt so normal again.”

Bratwurst in Berlin, sangria in Seville and puttanesca in Positano: Australians who live in Europe have been vaccinated, and they’re making the absolute most of the northern hemisphere summer. “I even got a bit teary going through security at the airport, and queuing, as life suddenly felt so normal again,” said Tasmanian Liz Kennedy, who lives in Switzerland and has been sunning herself on the Spanish island of Mallorca. "It's as though we've all moved on from the pandemic here,” added Mitchell Dwyer, who left Australia to be with his German partner last year. “It feels almost like COVID never happened. … I'm now so looking forward to making trips to countries I've never been to before again!” Here at Freely, we’ll be living vicariously through these lucky folk until further notice!

Most COVID restrictions in England to end this month

After 16 long months of on-again, off-again restrictions, British Prime Minister Boris Johnson has confirmed that the majority of England’s COVID rules will be scrapped by July 19, so no more masks or social distancing. Not only that, but from August 16, close contacts of people who test positive for COVID-19 no longer need to isolate provided they’ve had both jabs. According to Johnson, England’s ability to finally end the majority of its restrictions is underpinned by the success of its vaccine rollout, which has weakened the link between COVID cases and deaths. We’re not too sure if workers will be overjoyed at the news they can return to their offices, but the fact that crowds can return to sport is sure to be well received.

Australia’s borders have been all-but-sealed for nearly 18 months now, meaning the nostalgia we’re feeling when we reminisce on sights around the world is at an all-time high! But it’s not just the glimmer of the Taj Mahal at sunrise that used to give us such a thrill. What about that flush of excitement when you notice the remote island cafe you’ve just sat down at has free WiFi, meaning you can upload some Insta snaps, message your friends back home and maybe even check out some of the local talent on Tinder? The crew at Traveller have rounded up some of the more simple travel pleasures that we’ve been missing, and we’re sure you’ll enjoy this trip down memory lane as much as we did.

Tourism has returned to Greece in a big way. Vaccinated and COVID-negative visitors from much of the world — including the USA — have been able to visit since May 14, a gamble Greece decided to take after its economy shrank 8.2 per cent last year. Two months in, many streets are once again lined with stalls selling Mati evil eyes and Acropolis fridge magnets, and travellers are clinking glasses of local wine over moussaka and sun-dried octopus. Opa!

After unveiling its plan for living with COVID as an endemic virus last week, Singapore has outlined its intentions to introduce quarantine-free travel by the end of this year. The country’s health minister Ong Ye Kung told The Straits Times that, “Once a place’s infection rate is going down, vaccinations are going up and you go below, say, two or three infections per 100,000 we should start monitoring those countries seriously.” Though talks of a travel bubble with Australia are currently grounded while our nation focuses on its vax rollout, Singapore’s vaccination rate is the highest in its region, with the country on track for two-thirds of its adult population to be fully dosed up by the 9th of August.

Germany has relaxed restrictions for arrivals from India, Nepal, the UK, Portugal and Russia. On Monday, the country’s public health institute downgraded these nations to “high incidence areas”, meaning citizens can travel to Germany provided they quarantine upon arrival for 10 days. This period can be shortened to just five days if travellers test negative to COVID, and scratched altogether if they’ve been vaccinated. Though we still don’t quite miss the 24-hour nightlife of Berlin, we’re sure there’s some who have been... Ah, who are we kidding, we miss the nightlife of Berlin.