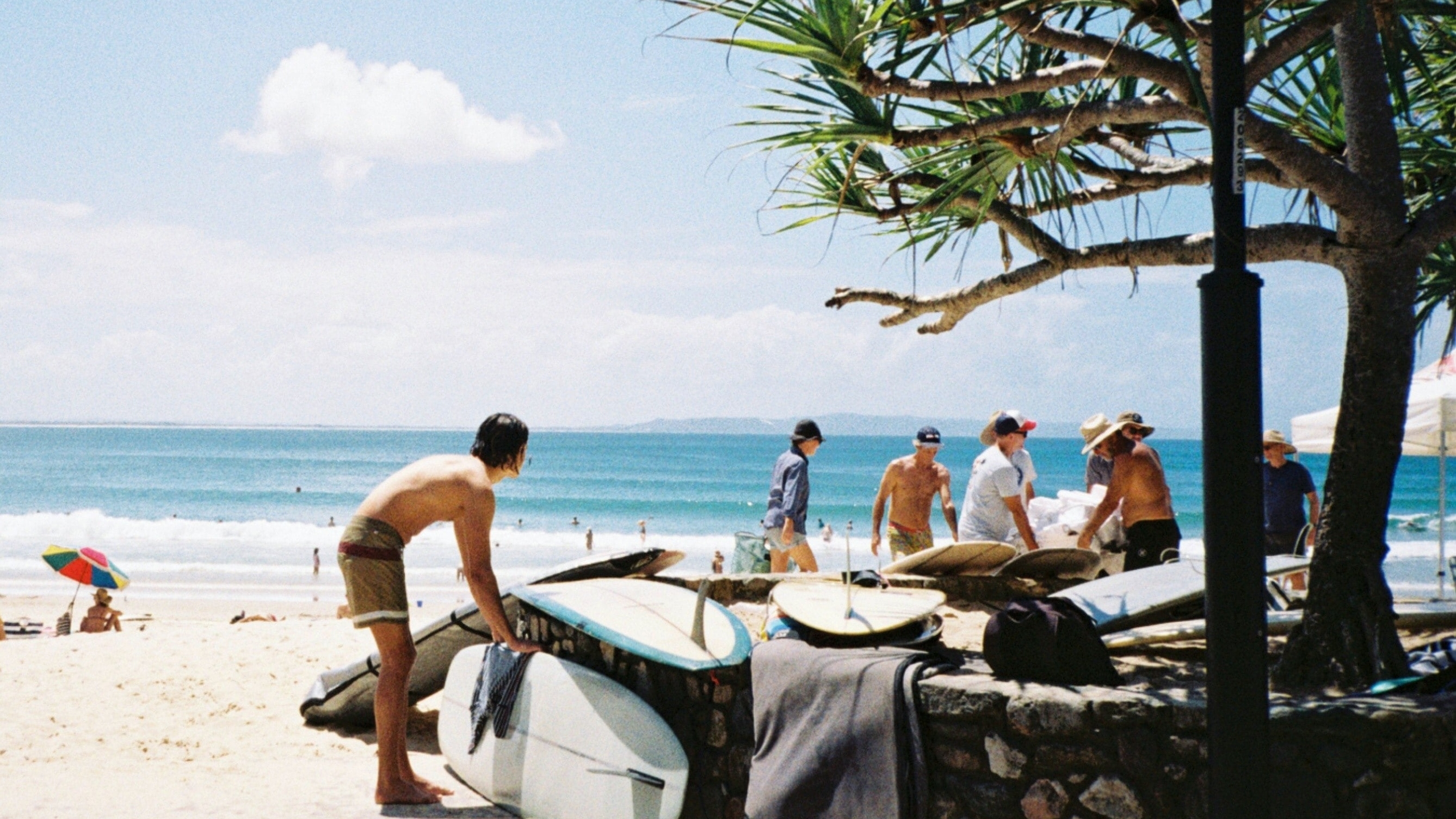 There have been some colossal changes in the travel industry this past week – with Australia dropping its vax requirements for international visitors and Qantas partnering with our national public broadcaster, the ABC. As well as unpacking those news stories, we’ll be zipping to a dense city in China to explore the camaraderie between a group of men who live, work and kickbox in an underwear factory; and will meet with the extraordinarily well-travelled Jessica Nabongo: the First Black Woman to visit every country (there are 195 that are officially recognised, if you were wondering).

Calls to remove Sky News from Qantas lounges have been growing louder for years.

Calls to remove Sky News from Qantas lounges have been growing louder for years. In 2021, YouTube suspended the News Corp Australia-owned channel for airing COVID-19 misinformation, and last month, a British think tank identified Sky News as a key “content hub” for climate science deniers. In what has been described as a “fitting 90th birthday present for the ABC”, Qantas has signed a new deal with Australia’s public broadcaster that will see Sky News finally ditched. Instead, two bespoke ABC news bulletins will be screened on flights and in airport lounges every day. “This is a significant partnership between two of Australia’s most recognised and valued organisations,” said David Anderson, managing director of the ABC. “Qantas passengers deserve the most trusted news and information services and the ABC is very happy to be there with them."

Read: Amanda Meade for The Guardian

Xiong Di: A Film About The Fellas

‍“We’re more than just work colleagues. We help each other every day.”

“We’ve been together for four years. We’re more than just work colleagues. We help each other every day,” explains the narrator of Xiong Di, which means “the fellas” in Chinese. In this visually spectacular short film (and we mean short – it goes for six minutes!), we transport to a Chinese factory where more than 2000 employees live on site in a very close-knit community. There, we follow around a man whose life is enriched by love, kickboxing and friendship. 🛵

“This is great news for families coming home from school holidays.”

On July 6 at 12:01am, a new Australian border rule kicked into force: people can now travel to and from Australia without needing to declare their COVID-19 vaccination status. The changes to the Biosecurity Act were made based on advice from Chief Medical Officer Paul Kelly. “This is great news for families coming home from school holidays who now don’t need to use the DPD [digital passenger declaration],” said Home Affairs Minister Clare O’Neil. “As more and more of us travel internationally and we get more confident in managing our risk of COVID, our airports are getting busier. Removing these requirements will not only reduce delays in our airports but will encourage more visitors and skilled workers to choose Australia as a destination.”

Read: Tom Lowrey for the ABC

A Chat With Jessica Nabongo: the First Black Woman to Visit Every Country

“People are mostly good, and there is always more to countries than what gets shared in headlines.”

In October 2019, when Jessica Nabongo reached the pristine archipelago of Seychelles, she became the first Black woman to travel to all 195 United Nations member countries and observer states. In her new book, ‘The Catch Me If You Can: One Woman’s Journey to Every Country in the World’, she shares vibrant photos, stories and learnings from her time on the road – tied together with the thread of realisation that people are mostly good, and there is always more to countries than what gets shared in headlines. In this in interview, Jessica gets deep about changing the travel narrative, the power of human connection and what’s next. Thanks to one of our Freelies for this warm book recommendation! 📚

The fabulous Pride parade returned to London over the weekend after a long COVID-induced absence. More than a million people attended the event, which also happened to be its 50th anniversary – making it the biggest (and apparently most diverse) in history! 🏳️🌈

53 hopeful  migrants to the US have been found dead in the back of an abandoned truck in San Antonio, Texas, amid sweltering temperatures – a horrific reminder of the human consequences of such tight borders.

In what is one of the largest hoaxes in Wikipedia’s history, a Chinese woman has been found to have created more than 200 fictional articles (we’re talking several million words) of imagined Russian history that went unnoticed for more than 10 years. She wrote richly detailed war stories and economic histories, weaving them into actual events in language dull enough to fit into the online encyclopedia undetected!