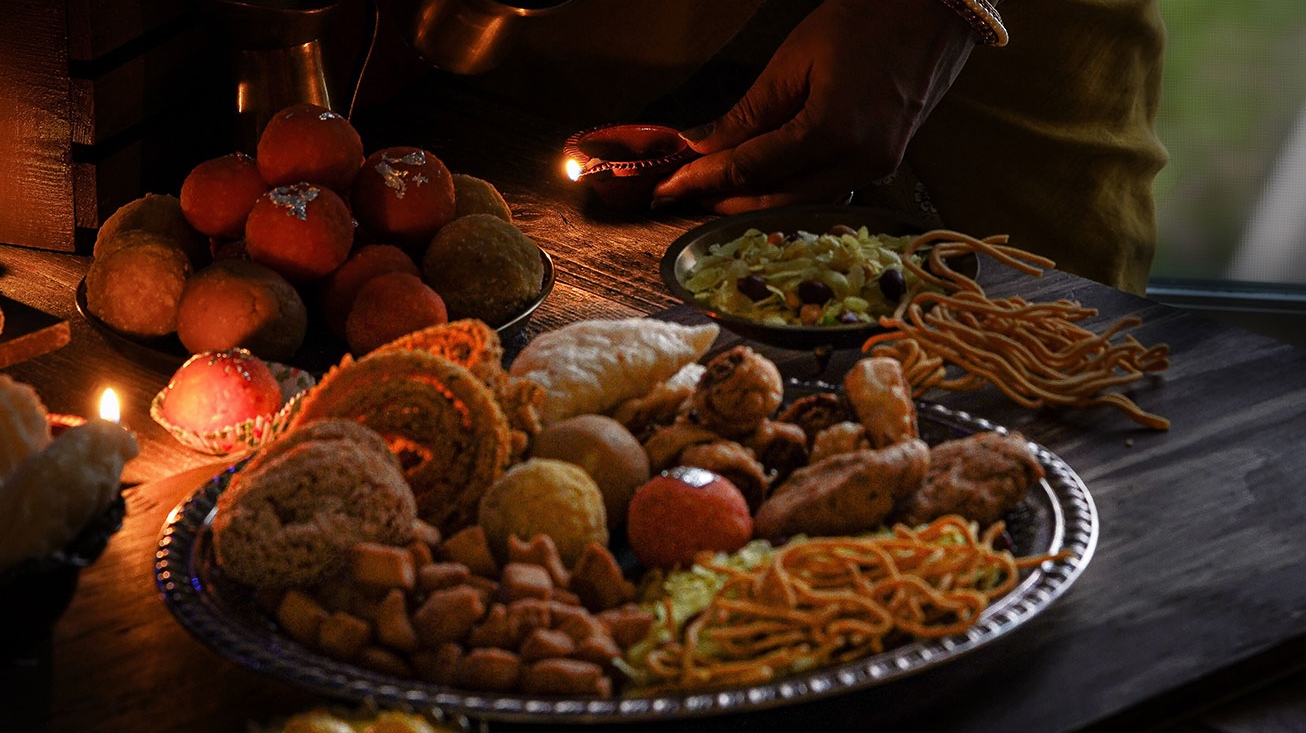 If you got teary in the airport scene of Love Actually, you would’ve been a sobbing mess at Sydney Airport on Monday, where for the first time in 583 days, fully vaccinated Australians were able to land and leap straight into the arms of their loved ones. Now that we can travel again, it’s important to be conscious of reducing our carbon footprints, so this week we’ll examine how we can make our next trip more sustainable. We’ll also hear from conservationists in Somaliland cracking down on cheetah trafficking, and will be celebrating Diwali alongside our Sikh, Hindu, Jain and Newar Buddhist communities with a lavish feast! 🎆

Returning Australians Touch Down in Sydney to Emotional Scenes

For the first time in 20 months, Australians trapped overseas have been able to come home.

From Monday morning, hotel quarantine and the arrivals cap was scrapped for travellers who have been fully vaccinated – meaning that for the first time in 20 months, Australians trapped overseas have been able to come home. People exiting the first flights to land in Sydney from LA and Singapore were handed Tim Tams (classic) and hakea pincushion flowers as they pushed past reporters to get to their friends and relatives. Dunno about you lot, but we’ve been unable to stop our eyes welling up at photos of the emotional reunions! 😹

Full piece: read on the ABC

How to Be a More Sustainable Traveller

We’re determined to find ways to ameliorate the impact we have on the Earth when we fly.

The COVID pandemic has brought about the largest unintentional atmospheric chemistry experiment the world has ever seen. Emissions reduced dramatically, but now that domestic and international travel are creeping back onto the cards, at Freely, we’re determined to find ways to ameliorate the impact we have on the Earth when we fly. In this explainer, we look at selecting destinations, travelling long distances sustainably, whether carbon offsetting works and how to pack cleverly.

Cracking Down on Cheetah Traffickers

We follow the chain of trafficking in the Horn of Africa along a millennia-old trade route.

There are roughly 7000 cheetahs left in the wild in Africa, and their population is dwindling thanks to trophy hunting, retaliatory killings, habitat loss and wildlife trafficking for the exotic pet trade. When a cub gets taken from its mum, because it never learns to hunt, it is incapable of surviving in the wild and will have to spend the remainder of its life in captivity. In this podcast from National Geographic, we follow the chain of trafficking in the Horn of Africa along a millennia-old trade route that might just be able to be blocked by Somaliland conservationists 🤞🏾.

Diwali – or Deepavali, as it’s sometimes called – is the annual Festival of Lights.

On the darkest night of the Hindu lunar calendar, millions of people in India and around the world illuminate the streets and their homes with clay lamps to mark the victory of good over evil. Diwali – or Deepavali, as it’s sometimes called – is the annual Festival of Lights, and as well as lighting (and the bursting of firecrackers), it’s also celebrated by indulging in copious amounts of traditional snacks and sweets. This year, Diwali began on Tuesday November 2, with the main celebration falling on Thursday November 4. We’ve been pottering around the kitchen all week trying some of these scrumptious recipes – and now you can too.

Quarantine-free travel from New Zealand to Australia will resume from November 8, and from November 21, our fully vaccinated friends in Singapore will also be allowed to enter Australia. What’s more, during a meeting in Rome with Indonesia’s President Joko Widodo, Scott Morrison voiced his keenness to facilitate travel to Bali as soon as practicable! 🏄

Ever seen Snakes on a Plane? It’s a shockingly bad film, but it’s now become a reality for the engineers tasked with dusting off aeroplanes that have been in storage in Alice Springs and the United States, who – as well as testing the engines – are having to rid them of the insects and rattlesnakes that have made the wheels of the A380s their homes.

Cambodia has announced it will soon allow vaccinated foreign tourists to once again roam the world heritage-listed Temples of Angkor! On Tuesday, the country’s tourism ministry revealed that Sihanoukville, Koh Rong and Dara Sakor will be opening on November 30, with the northern city of Siem Reap being added to the kingdom’s quarantine-free travel scheme in January.