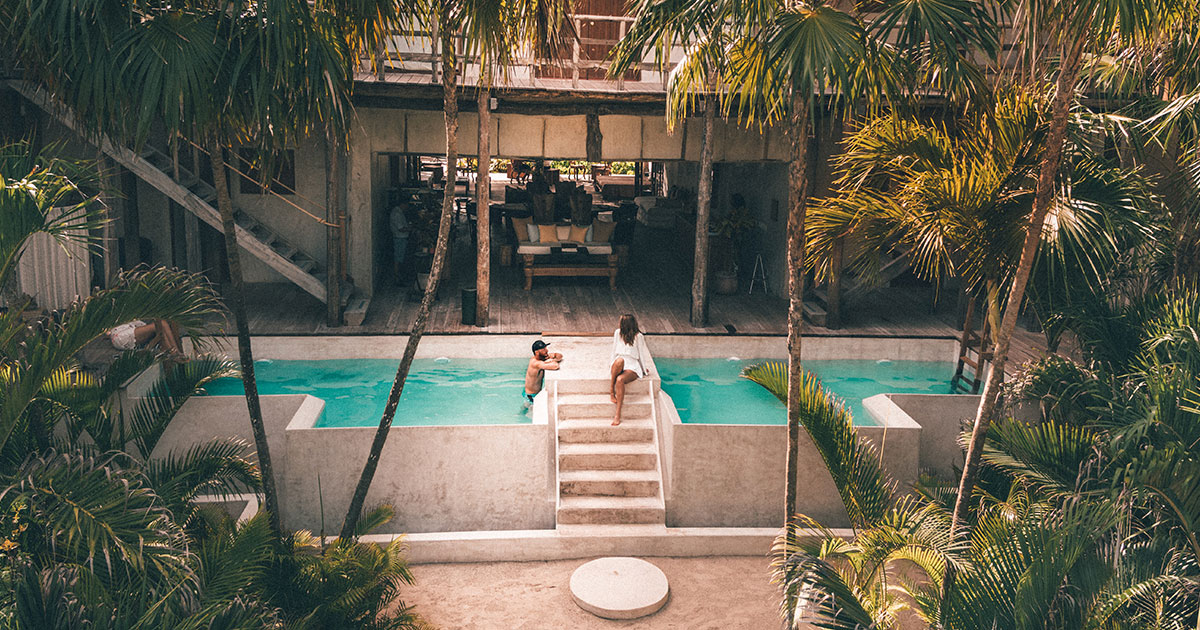 Did travelling used to be a personality trait of yours? Being stationary for such a long time has forced many of us to reckon with our identities, so this week we’ll look at new ways for travellers to define themselves and find joy. Like gardening! And speaking in whistles! We’ll also head to a charming Slovenian mountain town to check in with the local goat population. Be gentle with yourselves this week, everyone… stay safe and stay sane. 🐐

How can we as travellers define ourselves without travel?

Everybody likes to define themselves in some way, even if it’s only subtle. Here at Freely, we’re travellers. We celebrate the world by immersing ourselves in other cultures, and find joy in new experiences. It’s certainly a first-world problem, but being unable to travel can cause all sorts of existential crises. Though finding the best version of ourselves while trapped at home can be a real challenge, as this writer thoughtfully muses, it’s a worthy one.

Gardening in lockdown: a holiday for your mind

Lots of us have been turning to gardening during lockdown, whether it’s a lovingly-tended tray of herbs on the kitchen windowsill or a full-blown veggie patch in the backyard. Not only are we literally seeding hope in doing so – it’s good for us. “[Spending time around plants] activates what's called the parasympathetic nervous system, which is basically just our kind of calming response after we've been stressed out,” explains Dr Simon Lush: a clinical psychologist who uses horticulture therapy in his practice.

If you’ve ever wandered the craggy beauty of La Gomera or El Hierro in the Canary Islands, you may have heard a lot of whistling. But locals aren’t just jovially blowing tunes: they’re communicating complex information over distances far greater than voice can travel. Whistled languages usually develop amongst people living in dense forest or mountainous terrain, but whistling to communicate is a skill that can be transferred to any language, English included. What’s more, it’s a lot easier than you think...

Dwindling snowfall in the Alps coupled with the steady melting of the Alpine glaciers means water is growing scarce in Slovenia – something that could prove fatal to most livestock. But the stubborn and curious Drežnica goats are perfectly adapted to the unique conditions of their namesake Slovenian village. In fact, the hardiness of these 600 odd native creatures, who drink dew and nibble on trees for sustenance, might provide clues as to how farmers and their livestock can survive in a region majorly impacted by climate change.

The first trial of home quarantine has officially begun in South Australia with people reentering the state from Victoria and New South Wales. Participants are to download a dedicated app that will contact them at random, asking them to provide proof of their location within 15 minutes using facial recognition and geo-location technology. If this trial is successful, vaccinated international arrivals could be using the app to quarantine at home in just weeks!

Singapore and Germany are on track to open a travel corridor for fully vaccinated travellers between the two nations from September 8. The home of our favourite airport has also extended this offer to Brunei, and visitors from Hong Kong and Macau are also allowed to visit (though this relationship is not reciprocal due to differing COVID strategies).

It’s no secret that Qantas has woven itself into the hearts of Australians, and it’s not just because they sometimes hand out ice-creams on international flights. The kangaroo-tailed airline has just launched a “Be Rewarded” campaign offering incentives (including discounts) to vaccinated passengers. The accompanying ad is a real tearjerker; see it for yourself here.

Despite it being 2021, the Tokyo 2020 Paralympics opened in Japan on Tuesday night – which will see 179 Australian athletes compete across 18 different sports until September 5. Given how well team green and gold have done in the past – finishing in the top five nations at every Paralympics since 1996 – our anticipation of wild success is high!

One more snippet of animal cuteness for the day: in WA, thousands of fluffy native bees are emerging from their burrows in scenes that can only be described as adorable. For Dawson’s Burrowing Bee, this is an annual affair that occurs for a few weeks over spring, with the current huge increase in numbers being attributed to fields of wildflowers going crazy after above-average rainfall.